To Pleasanton’s Deana and David Mitchell, love isn’t a passing emotion or a fleeting thought.

Now both 78 years old, the Mitchells are ready to celebrate their 60th Valentine’s Day together next Wednesday at a dinner event for residents at Stoneridge Creek, a senior living community on the east side of town.

Their love story has spanned six decades thus far, including living in five different states and raising two children together — and caring for more than 400 other kids as longtime foster parents.

“They’re really special people,” said Karina Biggs, one of their former foster children who remains close with the Mitchells.

Deana and David met in high school in Licking, Mo. — then a town of 790. A few years before meeting, Deana and her family had moved there from Long Beach, in order to be closer to relatives.

She was a farm girl, while David lived in town.

Licking was the kind of town where everyone knew each other, and where families had been residents for generations. In fact, if you go back far enough genealogically, Deana and David are actually distant relatives. And Deana’s maiden name was Mitchell.

“It always struck me as funny that my girl friends all changed their names, since I didn’t change mine,” Deana said.

They started dating somewhat out of convenience, they said — their best friends were going out, and it made double dates easier. Their first date was not a success.

David’s leg was immobilized by a full cast from his ankle to his hip, the casualty of a faulty high jump.

“We went to a drive-in with our friends, the other guy was driving,” Deana said. “And you could not move, because (David) could not move.”

But, gradually, they began to go out more and more, and about a year later, were ready to get married. The date of their wedding hinged on a few crucial factors: Deana’s impending 19th birthday and the upcoming departure of their favorite preacher.

Though David was one year ahead of Deana in school, she was three weeks older than him. It would have been scandalous for her to be 19 and him to be 18 at the time of their marriage, they recalled.

“Back then you did not do that,” Deana said.

But by the time of David’s 19th birthday, the preacher would have left. So on April 26, 1958, four days before Deana’s birthday, they wed.

At the time of their marriage, David was working as a clerk at the St. Louis Police Department — he wasn’t old enough to be a police officer. He worked the night shift, with Mondays and Tuesdays off, while Deana worked days and had Saturdays and Sundays off.

“We never fought because we never saw each other,” Deana said with a laugh.

They lived in the St. Louis area for about four years.

“We had our own little place that wasn’t nearly this big, but we thought it was huge,” Deana said during the recent interview in their Stoneridge Creek home.

In 1964, David was transferred to Michigan for his job at General Foods, where they lived for two years. They then moved to Connecticut, and then to Atlanta, again for work-related reasons. By that time, they had two children starting elementary school — Teresa and David Jr. (Their son was named for “David Mitchells” on both sides of the family tree.)

It was in Atlanta where they began fostering.

Their church hoped to establish a foster care program, and the Mitchells wanted to join, but only with support from Teresa and David Jr. Their son declined at first, and they respected his wishes, but half a year later, David Jr. decided he would allow it, saying he could share his room and his toys.

“They brought a carload of six kids, all in the same family, and said, ‘Take your pick,’” Deana said. Three stayed on with the Mitchells. “Foster care there and here is totally different, and the fact that that was quite a few years ago — it was even more different,” she recalled.

The Mitchells continued as foster parents but paused after moving back to Michigan for David’s job three years later.

This time, it was David Jr.’s turn to inspire his parents to return to fostering. Deana remembered their son came to them one morning and asked how to place an ad in the newspaper.

“I said, ‘Why are you wanting to place an ad in the paper?’” Deana recalled. “‘Because I don’t have anybody to share my room and I thought it would be fun again.’”

So they called the local county services and became foster parents once more, and carried on throughout their seven years in Michigan.

The Mitchells moved again — their final inter-state migration — to Danville in 1980, when Teresa was just beginning college at Stanford and David Jr. was a senior in high school.

Their return to fostering began a bit more unexpectedly this time, when they received a phone call from the county.

A long-lost niece of David’s was living in the Bay Area, in a bad situation and unable to care for her son. Though they had never met, family is the first choice for foster placement, and when the couple accepted the assignment, they resumed their foster parent roles once again.

Fostering in California, the Mitchells said, was a completely different landscape than in Michigan and Georgia, which had not required them to take any classes or be licensed in any way. “California is the Cadillac of foster care,” David said.

The fostering landscape nationally had shifted as well.

“(When we started), most children that went into foster care were there because a parent got very sick, was hospitalized, or usually the father lost the job, and they just needed something for a while,” Deana said. “Later that changed considerably.”

The increased drug use in the ’90s was one of the reasons for this change, they said, both in terms of what the foster children had been exposed to and under what circumstances the minors returned to their biological parents — California passed more stringent requirements surrounding the ability of parents who had been involved in drug use to reclaim their children.

The Mitchells’ own rule for accepting foster children early on was that they wouldn’t take in children older than Teresa and David Jr. — they wanted to have had age-rearing experience.

For the most part, the fostering never really strained the family, the Mitchells said. In the early days, Teresa and David Jr. once called a family meeting — they felt the foster children didn’t have to abide by the same rules they did. Deana and David agreed that everyone should follow the same rules, and that was the only contentious point either of them can recall.

Once Teresa was doing a school project where she had to share how many people were in her family. “Our daughter’s answer was, ‘I don’t know until I go down to breakfast and count them,’” Deana remembered.

The Mitchells cared for 433 children in all during their decades as foster parents. They estimated about 200 of those took place while living in California.

The most foster children they had at one time was five, after Teresa and David Jr. had flown the coop.

The Mitchells took in children ranging from less than a day old to 15 years of age, for a duration of under 24 hours to 3-1/2 years. Some of the children they fostered spoke no English, and they had to hone their acting skills in order to communicate. There was a year where it seemed like every other boy who came to their home was named Michael.

The bulk of the fostering fell on Deana’s shoulders while David was working, but after he retired in 1992, it became much more of a family affair.

Biggs, now an adult, spent a year with the Mitchells before she was adopted by a couple in nearby San Ramon.

Though she left their home before she turned 3, she maintained a relationship with them, and they became her “Grandma Mitchell” and “Granddad.” Every Sunday, Biggs would attend church with them, “Grandma Mitchell” driving the foster children in one car and she and “Granddad” traveling in another — allowing the latter car to make a covert McDonald’s stop for hash browns and a breakfast sandwich.

“I became really close to them,” said Biggs, who now lives in Pleasant Hill and still keeps in touch. “They were family to me.”

Deana and David continued serving as foster parents until they moved to Stoneridge Creek about four years ago.

These days, they pass their time more quietly, attending Stoneridge Creek events and reading in their two-bedroom condo or on their back porch lit by afternoon sun. Pictures of their five grandchildren feature prominently in their living room.

Though they no longer are involved in foster care, being intensive foster parents had a lasting impact on their lives — and their relationship.

“It made us much stronger,” David said. “The fostering drew us much closer together, because you did a lot of things that took a lot of cooperation.”

“It made us realize that things we couldn’t do alone, we had to do together,” Deana said.

Love changes over the course of 60 years. It’s not the same “giddy” relationship as it was in their early years, Deana said, but is now something “more deep-rooted.”

“We’ve been through ups and downs,” she said. “We moved around a lot. But we always had family, and we had each other.”

See pictures of the Mitchell’s at Pleasanton Weekly. 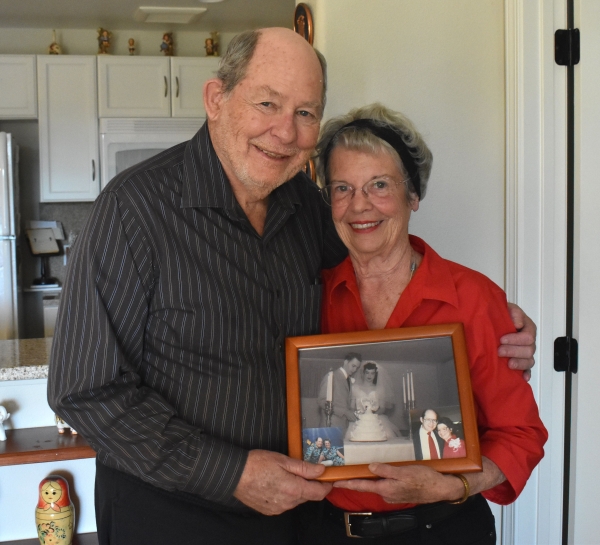 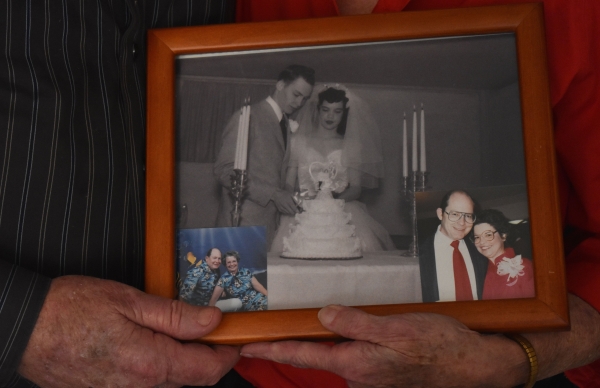